Open Saturday and Sunday too ! 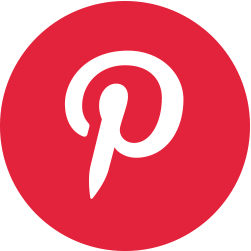 Before performing any type of spinal adjustment, manual therapy or physical therapy, our therapist will perform a full assessment in order to decide whether or not there is actually an increased risk of complications from the use of these type of pain management techniques.

The results of the assessment will determine which technique or combination of techniques will be used.

Manual therapy recognizes the roles muscles play by the manner in which they attach to a joint.  Once joint alignment and movement is restored, the muscle tension will decrease, but the potential to go back into spasm will still be there.

One such method to reduce muscle tension to a more normal level is soft tissue mobilization.  This technique is used to break up inelastic adhesions between adjacent muscles (myofascial adhesions).  Doing this can help to reduce unhealthy levels of muscular tension.

This technique is commonly applied to the muscles that surround the spine and consists of stretching and deep pressure.

Our therapist will analyse the muscles layer by layer and hone in on the areas of restriction.  Once these areas are identified, they can then be mobilized by applying traction force in an attempt at muscle belly alignment and tension reduction.

If the muscle goes back into spasm, joint dysfunction will return and this is why home exercises, follow up sessions and massage therapy will be needed to address the problem until it is properly resolved.

The joint mobilization technique involves the loosening of a restricted joint and increasing its range of motion by using slow movements.  During the treatment, the therapist will gradually increase the distance over which the joint is moved.  These movements are painless and provided by the therapist.  They are not done by the patient.  The therapist moves the joint in ways the patient cannot do it himself/herself.

When patients get diagnosed with a pulled muscle in their back for example and are instructed to treat it with rest, ice and massage, they feel good for a while, but the pain often returns because the muscle spasm is in response to a restricted joint.  This is where joint mobilization techniques are useful.

The Strain/Counterstrain Technique is used  to manually make adjustments to the body in order to alleviate muscle spasms and partial joint dislocations.

This method is not used to treat damaged or injured tissues.  It is rather used to relieve muscle spasms due to malfunctioning neuromuscular reflexes.

In many cases of injury such as a tear, the muscle will go into spasm initially.  The tear within the muscle also disrupts the nerve that supplies the muscle which triggers the spasm.

There are other cases where the nerve is directly injured and fires abnormally, causing the muscle to go into spasm.
In most cases, the injury to the muscle and nerve heals itself, the nerve stops firing abnormally and the muscle stops spasming as a result.

However, in other cases, due to lack of proper healing, the nerves in the muscle continue to fire abnormally and send signals to the brain, resulting in a continued state of muscular spasm and pain.

The counterstrain technique is used to inhibit the misfiring of these nerves.

Sudden forceful movements are not used in this technique, but rather slow, gentle ones.

Counterstrain techniques involve gently moving the patient into positions that will inhibit the triggering of a spasm.

The therapist will experiment with various positions until he or she finds one that allows the muscle to relax. Once the muscles begin to relax, the affected joint will begin to reset to its natural alignment.

Once the natural position has been achieved, the therapist will then begin to stretch or manipulate the muscle to resolve any remaining points of tension or trigger points. Once the trigger points in the muscle have been resolved, there should be a reduced likelihood of future muscle spasms.

This technique is considered an active procedure because it involves voluntary muscle contractions by the patient. It is not a passive procedure in which the therapist does all the movement for the patient.

Muscle energy techniques (METs) are used to mobilize joints that have restricted movement and to also lengthen muscles that have become short due to excessive tension.

In this method, the patient is asked to apply a voluntary muscular contraction for 3-5 seconds against a counterforce supplied by the therapist. After the  3-5 second contraction, the therapist will take the joint to its new limit where the patient again performs a muscle contraction. This may be repeated two or more times.

Muscle energy techniques are generally tolerated well by the patient and do not stress the joint.

This technique is utilized for restoration of joint movement and does not move a joint beyond its anatomical limit. Therefore, no structural damage takes place and the patient should not have an increase in pain following the treatment.

It is a more aggressive technique than joint mobilizations and muscle energy techniques and it involves a thrusting movement.  If utilized properly, increased mobility and a decrease in muscle tone about the joint should result.

Maintaining Back Pain Relief In The Long-Term

To prevent recurrent back pain and further the healing process, our back pain patients are highly encouraged to engage in other appropriate treatments, including an exercise program, during and after their manual therapy treatment.

Exercise programs for back pain will include stretching and strengthening exercises as well as low-impact aerobic conditioning, and should include a reasonable home or gym maintenance exercise program. The ultimate goal is to maintain the right type and level of activity to prevent the pain from re-occurring and avoid the need for frequent visits to the therapist.

Open Saturday and Sunday too !